The club was started by Jack Patten in 1962 in a field near his house in Wellington Road, Denton.

When that area was developed the club moved to South Heighton but it also made use of other local locations like Swanborough Manor near Iford.

The club held a variety of traditional, and less common, shooting events like clout shoots and roving marks which took place over the downs.  It also held shoots in the pits between Lewes and Ringmer and archery darts at the Sheffield Hotel at the Bottom of Bridge Street.

In 2005 the club took over the field near Firle where it is based today. At the time the field was an abandoned fruit field and the club members had to put in a lot of very hard work to clear bushes, wire, irrigation pipes, etc. The field also had to be ploughed and seeded before it became the beautiful archery field you see today. 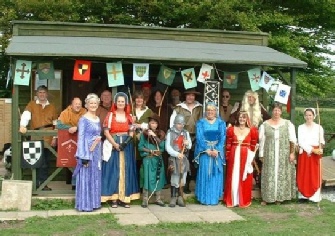 There is some uncertainty about the exact date, but the club seems to have stopped for a couple years between 1979-1982.  It was then reformed and based at Northease.